Aerobics Руки Hands How are you? Feet Ноги Fingers Пальцы

The word for hand/arm is рука

The ending -и of a noun shows that this noun is either nominative plural or genitive singular. The ending is the same and it will only be pronounced slightly differently. The root of the word doesn't change, but its meaning does, because of the different position of the stress within the word. Nominative plural pу́ки (stress on у́). Genitive singular pуки́ (stress on и́).

The word for my/mine is моя

The word for right is правая, for left is левая 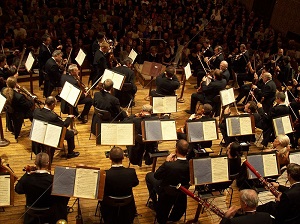 All pronouns, adjectives and numerals which relate to the noun follow it in its changes, the way a good orchestra follows its conductor, i.e. they agree with the noun in gender, number and case.

Учительница: How was it? As you will have gathered, the purpose of these exercises was to create the need for you to use the cases, and to give you a rough feeling for them.

Ученик: It certainly did. The feeling was very rough. I couldn't believe that all I was dealing with was my hands. The words for them keep on changing and the endings change them beyond recognition.

Учительница: That is what I was talking about. The best way to find out about the importance of the cases is to do these simple exercises. You have seen them working.

Ученик: Don't they have a word for arm?

Учительница: No. Both hand and arm is рука in Russian and, more than that, you will find out very soon that both leg and foot is нога in Russian.

Ученик: How do I know what they really mean when they say рука or нога?

Учительница: Ask them to show you what part of рука or нога they mean and they will show you. If you don't want to ask or you can't ask them then you guess. I know that your guess will be correct. You are much better than a computer. You have noticed that the translation program is incorrect. Your mind will do much better than that. Depending on the function the noun рука performs, it changes its form by taking on different endings. Of course, I could have tried to explain all of it to you beforehand, but I was afraid that it would have been an empty sound to you, a bit like trying to explain the taste of a mango. If you have never tried it but just heard about it, you would expect it to taste a certain way, but after you tried it for yourself you would know the way it tastes. So instead of explaining the cases to you we asked you to give them a try.

Ученик: I can tell you that it was not a mango feeling and I kept on forgetting the words.

Учительница: Not to worry. That is perfectly natural. At first words don't come easily. Every word is a concept in itself. It takes time to begin thinking in a new language.

Ученик: And I noticed that you used the same word ручка for pen, and handle, and knob.

Ученик: That's very economical. However, I was so frustrated. When I came to the prepositional case, my first impression was that on the video you talked about opened and closed hands, I could not believe the translations. I felt as if my hands were not under my control.

Учительница: You have managed very well to speak English without any need for changes in case endings up to now. So it would be unrealistic to expect yourself to suddenly start changing them. Take your time to get used to them. You should bear in mind that if you can't get your hands under control then nobody can. It is your first step in a new language and this step is the most difficult one.

Ученик: It is all too much. 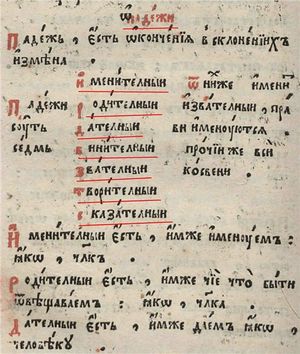 Учительница: You have experienced all of the cases doing this class. If you have the feeling for the case - you will never forget it, and there are only 6 cases in Russian, not 15 like in Finnish, 4-30 (or 3 depending on interpretation) like in Hungarian or 64 like in Tsez. Oh, I forgot to tell you about vocative case (it is mostly used in prayer). Since you have to learn the prayers of Russian orthodox church by heart anyway, we will concentrate on the 6 cases only. At least you know how many cases we have in Russian: 6 without vocative or 7 with vocative.


Ученик: What a relief. Will I have to wave my hands about all the time I am speaking Russian?

Учительница: You have only been waving your hands because it is easier to start learning new grammatical concepts using concrete actions and objects, and only after that can you move on to deal with more abstract matters.

Ученик: I am sure there must be easier ways.


Учительница: Whichever route you take you will come up against this sooner or later. Cases are a big hurdle to overcome for an English speaker. When you are unfamiliar with the structure of Russian grammar to start with, it will be only too natural to try to avoid this step and only necessity can force you to do it. The earlier you jump this hurdle the better.

Ученик: How many of these hurdles do I have to jump to speak Russian?

Ученик: So you don't know how many.

Учительница: Cases are certainly the first and most important one, and if you manage this, it will help you enormously to deal with the others.

Ученик: Why not simply learn words and then join them up in a sentence?

Учительница: It wouldn't work that way. Russian is a case-based language, so without this base you can't get anywhere. Many other concepts in Russian language are built on this base. I take your point about new words; you certainly would need to learn some.

Учительница: Because, you would be able to figure out others, and even to make them up yourself if you knew the rules of the game. You can have a glance at the Russian morphology page and it's time to exercise your legs.