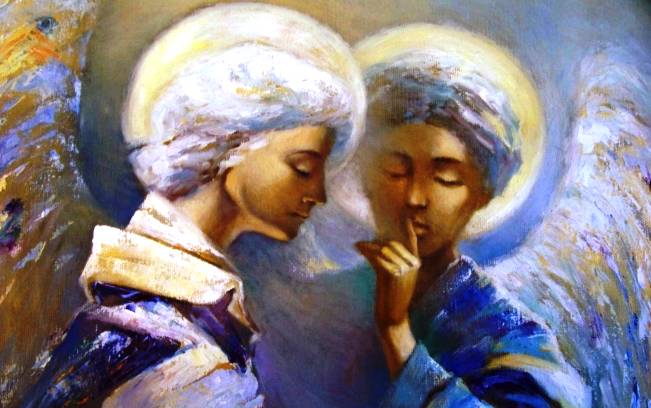 Two angels on a journey stopped for the night at the home of a rich family. The family was not very accommodating and did not want to put them up in the living room. Instead, they were put up for the night in the cold basement. As they made their beds, the older angel saw a hole in the wall and patched it. When the younger angel saw this, he asked why. The older angel answered, “Things are not as they seem.”

The next night they stopped to spend the night at a very poor home, but the man and wife were very gracious. The couple shared what little food they had and told the angels to sleep in their beds, where they could get a good night’s sleep.

After they awoke in the morning, the angels found the host and his wife crying. Their only cow, whose milk provided the only earnings for the family, lay dead in the stall. The younger angel asked the older, “How could this happen? The first man had everything, but you helped him. The other family had very little, but was ready to share everything, yet you allowed their only cow to die. Why?”

“Things are not as they seem,” answered the older angel. “When we were in the basement, I realized there was a store of gold in the hole in the wall. The man of the house was rude and did not want to do good, so I patched the wall so that the store of gold could not be found. When we spent the next night in the bed of the host, the angel of death came for his wife. I gave him the cow instead.”

We can never know everything. If you have faith, you still need develop trust that everything that comes your way is for your benefit. This you will understand with time.