The nominative case is, in essence, the subject of the sentence. This case is also the form of the noun that you will find in the dictionary. The English word "nominative" comes from the Latin word for "name". The Russian word "именительный" comes from the root "имя", meaning "name".

The genitive case tells us where something originates from. It is used to express the same ideas that are expressed by "of", apostrophe + "s", and "from" in English. The English word "genitive" is related to the verb "generate". In Russian, "родить" means "to give birth to".

Accusative case (Винительный падеж) - "accusing someone or something"

The instrumental case tells us what we use to do something. It can often be associated with the English words "with" or "by", but sometimes doesn't require a preposition to be present. It is also used to show that one object is located a short distance from, or in the vicinity of, another object. It is also used with the prepositions "over" and "under".

The prepositional case, also known as the locative case, describes the location or position of a noun. It is often used with prepositions such as "on", "at", "in", "about", and others.

Print out the table containing all six Russian cases. The grammar tables should be regarded as for reference only. 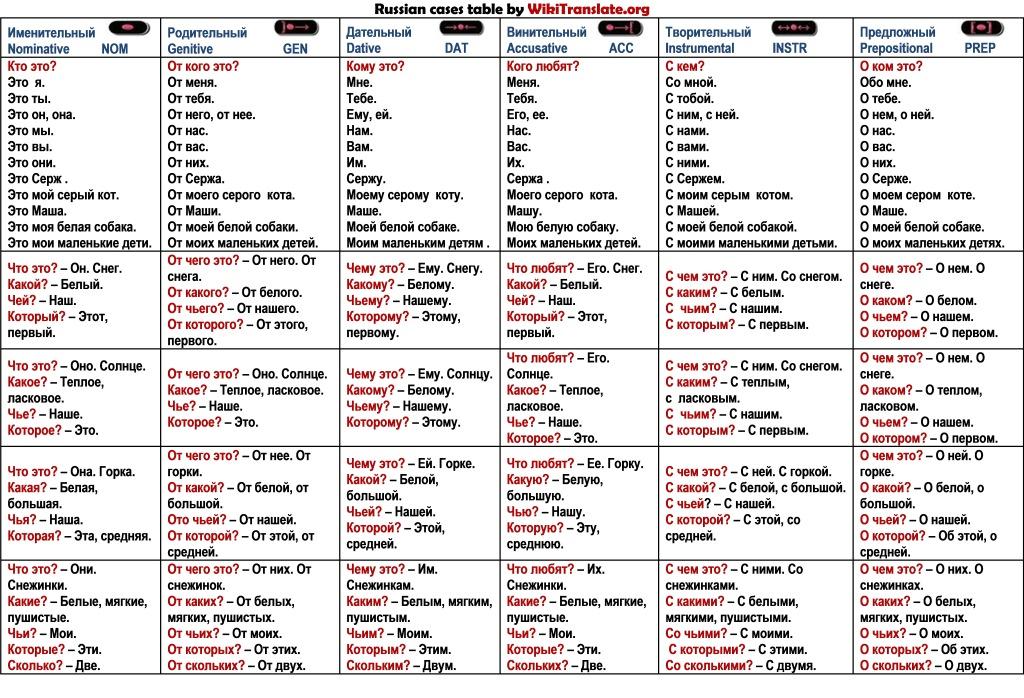 This category has the following 6 subcategories, out of 6 total.

The following 25 pages are in this category, out of 25 total.